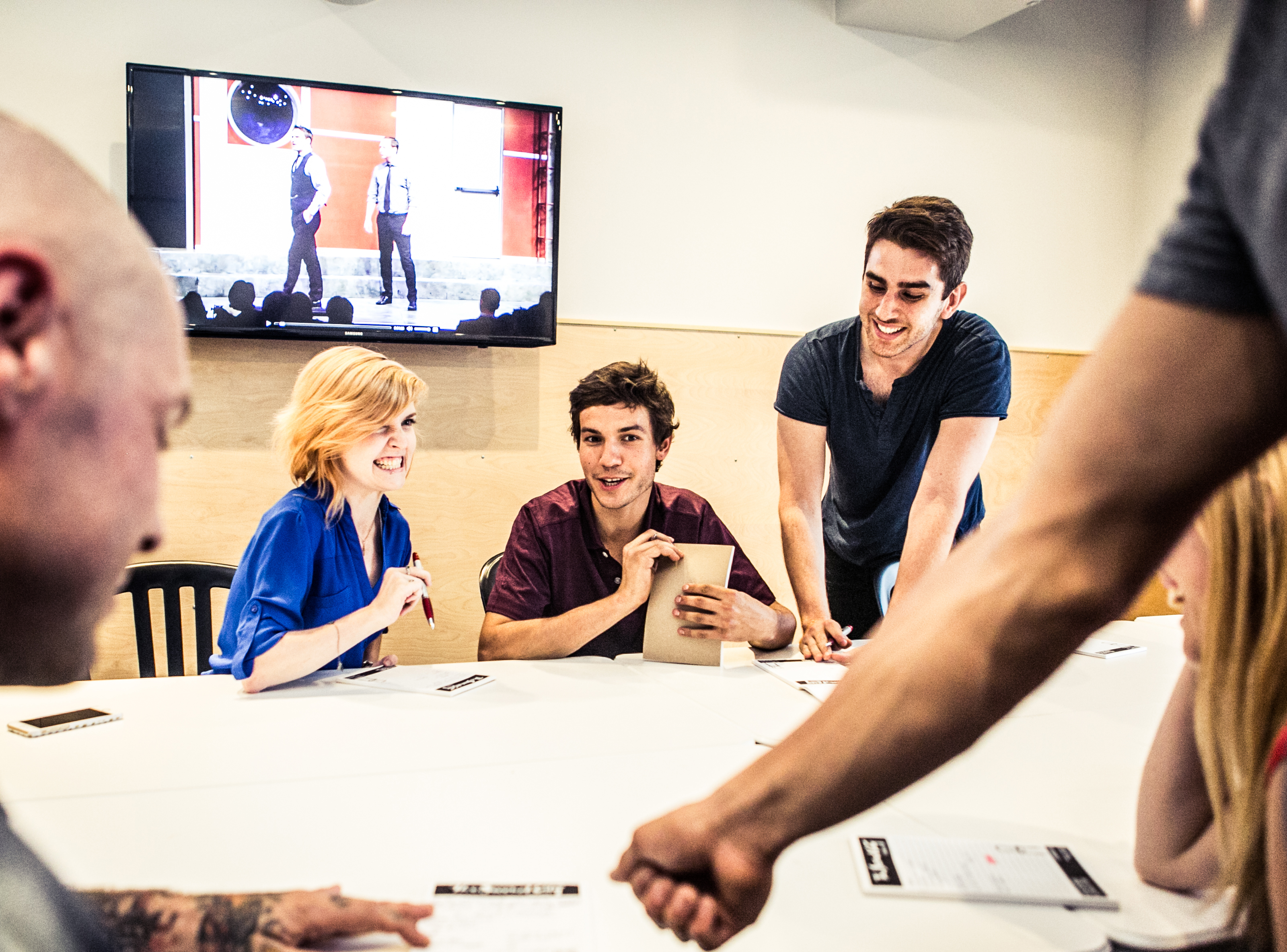 DePaul School of Cinematic Arts students will have the opportunity to take comedy courses at Chicago's iconic leader in improvisation, The Second City. (Image courtesy of Second City) DOWNLOAD​
"Second City has been nurturing comedic talent in Chicago for nearly 60 years. Two years ago, in starting the Harold Ramis Film School, we successfully expanded our approach to attracting and developing nascent screenwriters and directors. By partnering with DePaul, we will now have the opportunity to teach an even broader range of students comedy in an accredited environment," said Second City CEO Andrew Alexander.
“Together, DePaul and Second City will merge the crafts of comedy storytelling and filmmaking into the most comprehensive program of its kind. The curriculum will give students the opportunity to create, develop and showcase their comedic writing and directing from the script to the screen,” said Gary Novak, director of DePaul’s School of Cinematic Arts.

DePaul’s 35,000-square-foot facilities at Cinespace Chicago Film Studios on the city’s west side include three professional soundstages, green screen cycloramas, a 3-ton grip truck and high-end editing suites and mixing studios.
“Usually, Chicago is used as a backdrop in film, and the ideas and money come from elsewhere. What’s changing now is that we have the opportunity to develop the ideas and scripts here, and we have the means to oversee post-production and distribute the final product. It’s very empowering for our city to be able to offer that,” said filmmaker Dan Klein, an assistant professor in the School of Cinematic Arts.

DePaul's facilities at Cinespace Chicago Film Studios include three professional soundstages and the same kind of equipment that professionals use on nearby sets for popular television series and films. (DePaul University) DOWNLOAD​
The Second City's Harold Ramis Film School was named in honor of the late Second City and “SCTV” alumnus Harold Ramis, creator of iconic comedies ranging from “Ghostbusters” to “Groundhog Day.” The world’s only film school dedicated entirely to comedy, the institution’s faculty, master class guest lecturers and advisory board include some of the film industry’s top names.
“I’m happy to know that the partnership with DePaul will allow even more emerging comedic minds to learn and build under the legacy of Harold Ramis and The Second City. There’s a special skill to being a collaborative and innovative filmmaker with an eye for comedy. Harold did this exceptionally well, and I feel confident that with our colleagues at DePaul we will continue to help foster the next generation of talent," said Trevor Albert, Harold Ramis Film School chair.

This is amazing! I've taken three classes with The Second City online and they're great! I might have to apply for this now.

Operator said:
This is amazing! I've taken three classes with The Second City online and they're great! I might have to apply for this now.
Click to expand...

I should add it to the review section.
FilmSchool.org owner
BU College of Communication (COM) '99 Alumni (Undergrad)
Film & TV Editor & Producer since 2001

Operator said:
This is amazing! I've taken three classes with The Second City online and they're great! I might have to apply for this now.
Click to expand...