Filters
Menu
Log in
Register
Navigation
Install the app
More options
Dark Mode
Contact us
Close Menu
You are using an out of date browser. It may not display this or other websites correctly.
You should upgrade or use an alternative browser.

Film Schools with BA, BFA, and BS film programs in the United States

Enter our School of Motion Pictures & Television and focus your talents on directing, editing, cinematography, screenwriting, production design, or...

The Film and Media Arts Program BA provides undergraduate students with a professional skill set in photography, film, video, and digital media for...

In the last 15 years, the film program in ASU’s Herberger Institute for Design and the Arts has thrived, and with the launch of the new school and new facilities, ASU positions itself as a new kind of film school. Unlike many other top film schools, which measure themselves by who they exclude, The Sidney Poitier New American Film School is inclusive. ASU's 700 undergraduate film majors represent the creative diversity of our country, with more than 40 percent of its students from...

The Film Studies Program at Boston College has arisen out of a need and desire to assist students in developing critical and technical skills in...

Film & Television at the BU College of Communication (COM) is committed to teaching students how to tell stories over multiple platforms such as...

The Media Arts Studies program produces students with a strong liberal arts foundation that can be used effectively in a variety of film-related careers or graduate studies. Graduates are generalists with skills and proficiencies that can be used in multiple venues including emerging media environments. Students master knowledge of film culture, history, and theory; develop general and specialized skills sets; and utilize processes that integrate professional practices, generate creative...

Buffalo State has produced a number of graduates who have pursued highly successful careers in the entertainment industry. These alums stay in close contact with their alma mater—regularly supporting the college's programs, activities, and students. Television and Film Arts majors are prepared to explore a number of exciting, challenging, and rewarding entertainment industry positions as screenwriters, producers, directors, agents, managers, and network / studio executives. 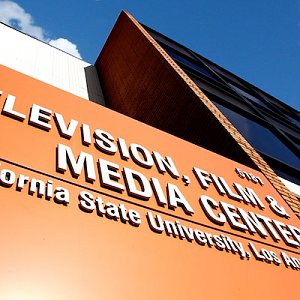 It is the mission of the Television, Film & Media (TVF) Department to offer its students an excellent education in media studies. 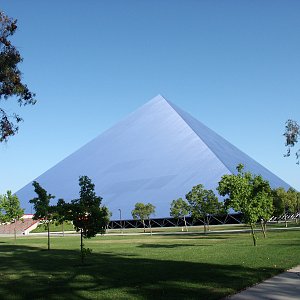 We offer an affordable and highly valued Bachelor of Arts in Film and Electronic Arts. 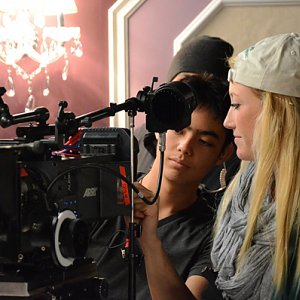 With seven programs of study, CTVA offers unparalleled opportunities for academic and professional training in a richly diverse environment. Our faculty bring extensive professional experience to the classrooms, studios and labs, and are committed to instilling the knowledge, expertise, creative and analytical skills that will allow students to achieve their goals in the fields of television, film and new media.

California
California Institute of the Arts (CalArts) - Program in Film and Video (B.F.A.)

The Program in Film and Video is designed for students who use film and video as media for personal expression and exploration—those artists for whom independent film and video is a calling and not simply a mode of production. In the workshop environment cultivated by the program, each student develops and refines his or her practice as a respected member of a community of artists. Individually and collectively, the program’s faculty is broad in its sympathies and interests. The program... 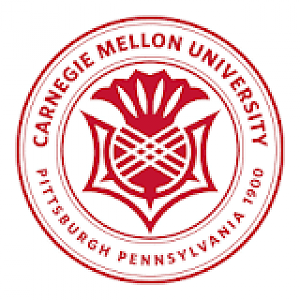 From Day 1, you’ll be encouraged to find your own voice as you develop your expertise and expand your understanding of storytelling in both mainstream Hollywood feature films and television as well as in the corporate and non-profit arenas through advertising and public relations. You’ll be mentored by a faculty of real-world professionals who know how things are done from personal experience and are eager to “show you the ropes.” Follow your dreams by undertaking a hands-on education...

At Cleveland State University, Ohio’s first standalone film school is preparing tomorrow’s filmmakers for success by helping them hone their skills as they create original film and media content. The program offers a high level of structure and academic rigor. Along the way, you’ll establish important industry connections through unique professional experiences that produce career-ready graduates. The BFA in Film & Media Arts is a professional training degree program to prepare students for... 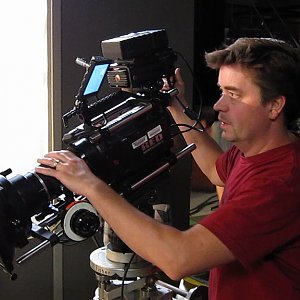 Located in Denver, Colorado Film School has been identified by International Cinematographers Guild (ICG) Magazine as one of the "superlative" film programs in the nation. Hollywood Reporter recently named CFS as one the top 25 film schools in the world.

Great filmmakers start with a strong, independent vision, but bringing it to the big screen is all about collaboration. This core major of Columbia’s Cinema Art + Science program trains innovative and creative professionals ready for any production set in the world. You’ll learn the fundamentals of film production and choose specializations including Directing, Cinematography, Animation, Screenwriting, Documentary, Editing, Producing and Cinema Studies. The BFA is designed specifically as a... 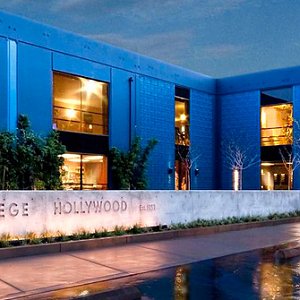 With a state-of-the-art facility, an accomplished faculty featuring Emmy and Academy Award nominees and winners, an abundance of employment partners, and a strong alumni and mentoring network, your opportunity is here at CCH. You'll work with professionals who share your passion and connect you first-hand with the craft and business of the entertainment industry. 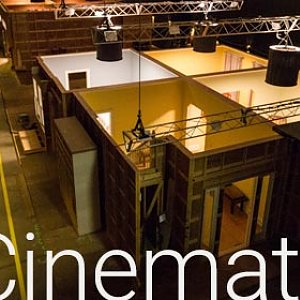 Students in the School of Cinematic Arts have access to the latest in digital media production equipment plus state of the art audio and video editing software not only on campus but at our 10,000 foot soundstage on the Cinespace Chicago Film Studio lot where we teach classes alongside network television and Hollywood motion picture projects filming in Chicago.

Students majoring in FTVE enter broadcasting, cable, online media, and related industries. They can pursue graduate degrees in the field of mass or electronic communication for work in audio and video production, web development, radio and television, cable television, and media departments of agencies, institutions, and businesses. Associate in science degree in film, television, and electronic media for transfer Students completing the program will be able to... Seamlessly transfer to a...

For up to date Film School Acceptance Rates, including Minimum GPAs, Minimum Test Scores, After Interview and Off-Waitlist Acceptance Rates, Film Experience and Undergraduate degrees of accepted applicants, Age data, and other acceptance statistics for your film program of choice simply navigate to the Acceptance Rates tab on each film school's page in our Film School Database.

For example:
Add your own Application to our application database to help improve the site's acceptance data.